Why You Need to Create a Relationship Before You Sell 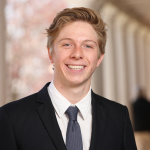 If you are selling products through a dropshipping business on eBay or if you’re selling a digital product as an affiliate, then it is absolutely crucial that you build a relationship with your potential customers before you try and sell to them.

This is something that a lot of sellers and marketers just don’t understand and ultimately it is to their detriment as they end up missing out on the opportunity to sell. Read on to see exactly what this means and why it is so important…

The best way to explain this is with an analogy, or two. Imagine for a moment that you see an attractive lady or man at a bar and you want to get to know them a little better. So what you do, is you go up and you ask if they’re come home with you tonight.

What do you think happens next? Most likely you get a firm slap in the face – and this is more than fair enough!

The problem with this approach is that the person doesn’t know you yet. They don’t know what you’re like and if they’re likely to have a good time with you and more importantly – they don’t know if they can trust you! You might be dangerous as far as they’re concerned!

Another scenario is someone trying to sell a watch. Imagine they come up to you in the street holding a watch and ask if you want to buy it for $2,000. What do you say? Again, you’ll probably turn and run. No one would spend that much money on something without knowing anything about it and without having any form of ‘come back’ in case the deal turns sour.

How Businesses Make This Mistake All the Time

Both these examples probably seem absurd to you but this is essentially what many businesses are doing all the time. If you have a website that tries to sell a product as soon as anyone lands on it, then you’re going to drive people away before they have even had a chance to read your site.

Now consider the alternative approach: they land on your website and they find tons of great content that’s well written, free and informative. This allows the visitor to form a positive opinion of your business and hopefully to become interested in the products you’re mentioning.

And as a result, they’re much more likely to want to buy from you in future. So instead of focussing on making a sale, focus on making a fan. Push them toward a mailing list instead and invite them to come back. That way, the sales will come to you!

For Entrepreneurs, Time is Precious!

How Many Markets Should You Trade?

Why You Need to Create a Relationship Before You Sell

Things to Consider Before Investing